Meet our Board of Directors

Our Board members bring a diversity of lived experience, professional backgrounds, and organizational skills to Seeding Justice. 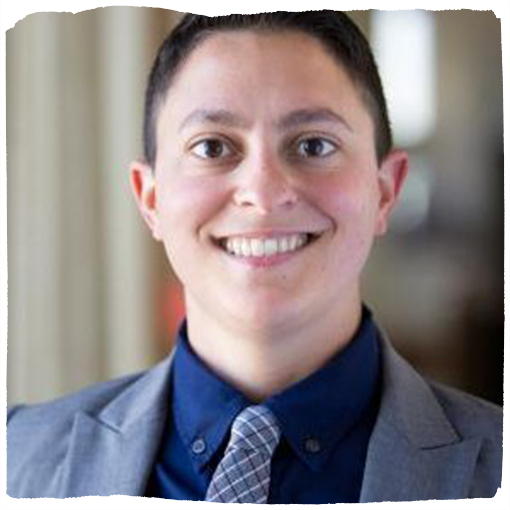 Pronouns: They / Them / Theirs
Read Bio

Pronouns: They / Them / Theirs

Dani Bernstein brings more than a decade of experience in advocacy, volunteer management and philanthropy to their work on the board. Dani is the Executive Director of Multnomah County’s Office of Community Involvement. Their career began working as field staff for marriage equality campaigns, organizing in California, New Jersey and Oregon to build strong volunteer bases to advocate for marriage equality and LGBTQ justice. In 2010, Dani moved to Oregon permanently and started working for the Oregon Bus Project (now Next Up), a youth civic engagement nonprofit. Before joining Multnomah County, Dani served as the Acting Executive Director of the Equity Foundation, a local LGBTQ community foundation. They live in NE Portland with their wife, Rachel, and dog, Asher. 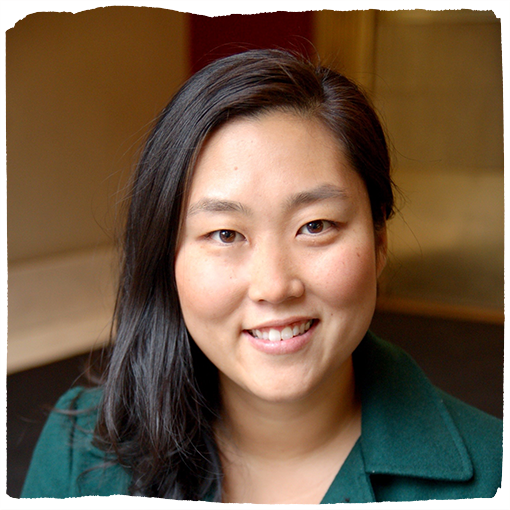 Monica started as a volunteer with MRG Foundation’s Justice Within Reach annual event and found deep connection to Seeding Justices’ mission and value and supporting the great work of grantees across the state.

Monica’s experience includes social change communication, education and nonprofit management. Her work focuses on connecting people and organizations to mission driven causes and creating lasting community change. She cares for and works to implement change in education, healthcare and environmental justice issues and causes. When not volunteering or at work, you can find Monica hanging out with her family, running, laughing at good sitcoms and enjoying the local food and beverage scene. 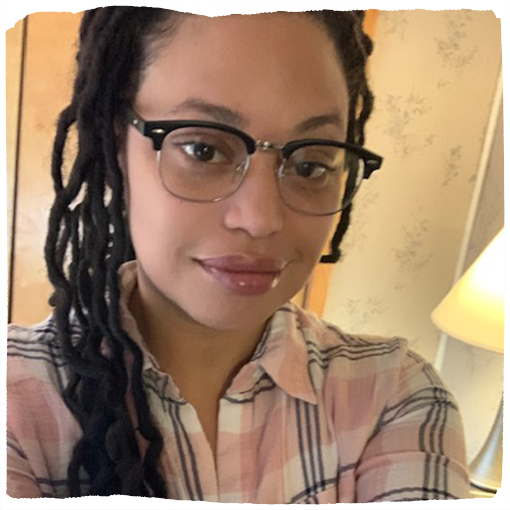 Crystallee Crain Ph.D. is a public health scholar and human rights activist. She has academic roots in sociology, political science, and psychology. She specializes in exposing the layers of institutional inequality while supporting communities to shift ways of being and practice to improve life chances. By bridging the worlds of academia and activism, Crystallee’s body of work represents a collective need to strengthen our responses to violence through transformative means, the need for liberation, and a focus on healing as a revolutionary strategy for change.

Crystallee is the Founder & Director of Prevention at the Intersections, an organization that works to prevent violence through community-based research and people centers projects. At Prevention at the Intersections, she publishes two open access journals CATALYST and The Beauty of Black Creation. Dr Crain facilitates trainings with an emphasis on trauma-informed care, prevention science, and community capacity-building. Dr Crain is a Certified Neuro-linguistic Programming Practitioner & Coach and Hypnotherapist. She specializes in working with women of color and survivors of violence. You can learn more about her coaching and survivor work at www.crystalleecrain.org. 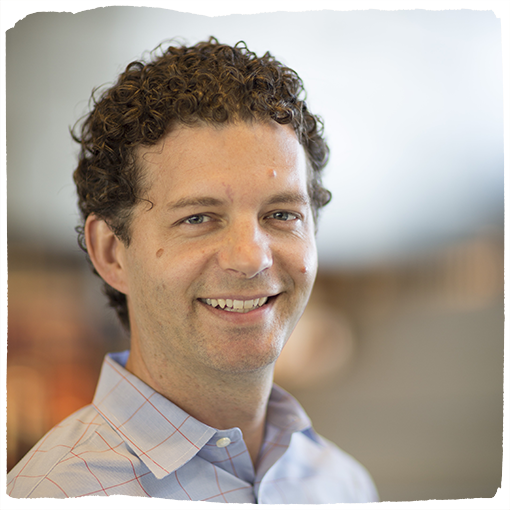 Ryan Curren | Board Member (on sabbatical)

Ryan Curren | Board Member (on sabbatical)

Ryan Curren joined the board in April 2018 to work through Seeding Justice to support groups around the state working for racial justice and beloved community. Before moving to Malawi in 2021, he worked with the City of Portland Bureau of Planning and Sustainability where he was leading the development of the SW Corridor Equitable Housing Strategy. His work focused on where affordable housing policy intersects with land use, economic development, and transit policy. Prior to this position he worked for the Portland Office of Equity and Human Rights leading the city-wide effort to develop racial equity plans for all City bureaus. Before moving to Portland he was a Senior Community Development Specialist for the Seattle Office of Housing where he managed an anti-displacement strategy in Southeast Seattle and worked with the City’s Race and Social Justice Initiative to co-develop the City’s Equitable Development Initiative. 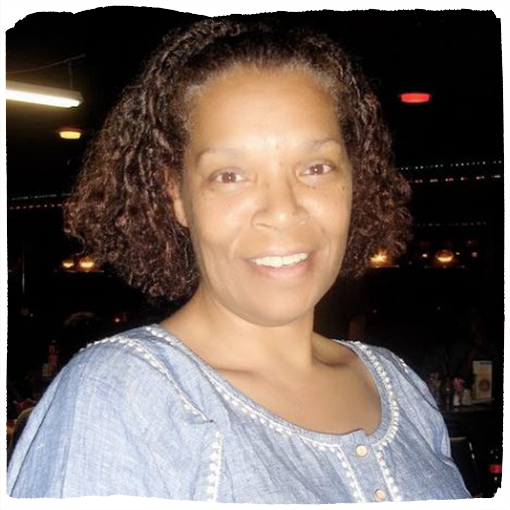 Liz Fouther-Branch is a retired educator turned consultant that has spent more than 40 years working and volunteering for arts and youth development organizations in Portland. The last 20 years have been spent consulting on arts education programming and development, social justice, capacity building and advocacy. Liz has served on several local committees: City Club’s Homelessness Advocacy Committee, Regional Arts and Culture Council’s Mural Committee, Seeding Justice’s “Justice Within Reach!” and Grantmaking committees, Social Venture Partners, Equity, Diversity and Inclusion committee and Multnomah County Citizens Involvement Committee (CIC) as well as the CIC-Non-Departmental Budget Committee. She is also a registered Yoga instructor, recently certified as an Accessible Yoga Ambassador and is seeking her “Yoga For All” certification. In her spare time, she enjoys researching family ancestry and crochet. 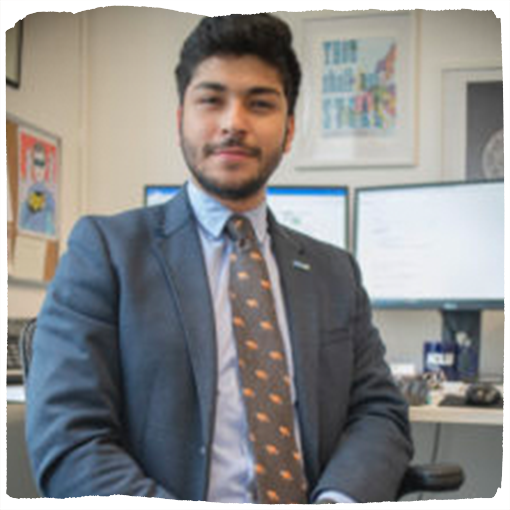 Ricardo Luján-Valerio is Portland City Commissioner Carmen Rubio’s Transition Liaison and Policy Director. Ricardo’s background covers immigration, education, election, and criminal justice policy. He previously served as Director of Advocacy at Latino Network, Policy Associate for the ACLU of Oregon, and as Legislative Director for the Oregon Student Association. Ricardo has been a leader in the passage of various state legislative priorities, such as HB 2015 (Driver Licenses for All) and SB 1008 (Youth Sentencing Reform). Most recently, he was a co-architect of the Oregon Worker Relief Fund, a multi-million-dollar disaster relief program for Oregon’s immigrant community. He previously served as Vice Chair of the City of Portland’s Open and Accountable Elections Commission. He was born in Nezahualcoyotl, Mexico, and graduated from Southern Oregon University with a BS in Business and a certificate in nonprofit management. 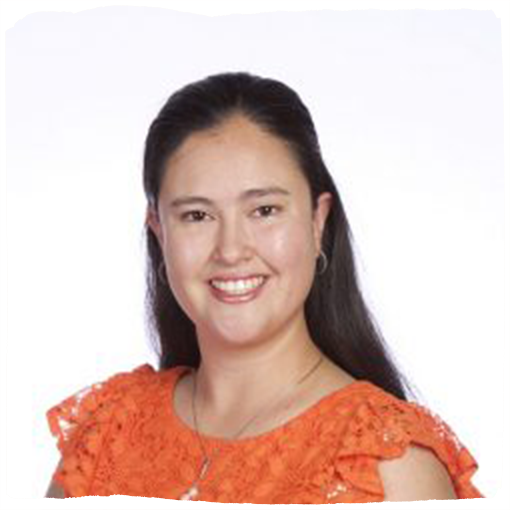 Lizzie Martinez was born and raised in Salt Lake City, Utah; and identifies as a person of Mexican and Spanish descent. She first became interested in issues of social justice while volunteering on an Alternative Spring Break program in New Orleans after Hurricane Katrina. Since then, she has dedicated her career to fundraising for social justice organizations, including national service advocacy and Latino communities in Portland. She currently works as Director of Development and Communications for Partners for a Hunger-Free Oregon in Portland and serves on the board of Willamette Valley Development Officers where she co-leads a Fundraisers of Color group. 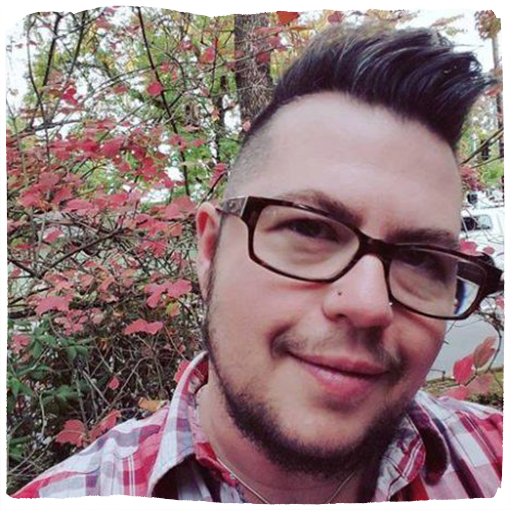 Pronouns: They / Them / Theirs
Read Bio

Pronouns: They / Them / Theirs

Oblio is a former family therapist who turned social justice activist when they decided to follow their heart. Oblio holds a B.S. in Sociology and Women and Gender Studies, and a M.Ed. in Couples and Family Therapy. Oblio is the Grant and Training Director of the non-profit TransPonder, a support, resource hub and training organization based in Eugene, Oregon that works on issues of gender diversity.

Oblio gives presentations all over the country on topics of gender, sexuality, sexual health, intersectionality, LGBTQIA+ communities, addiction, power and privilege, consent, couples’ therapy, alternative relationship models, and healthy communication. Oblio consults with numerous organizations to assess their environment regarding unconscious bias and conscious inclusion in policies and procedures, materials, infostructure, and physical space. Oblio is the founder of Gender Camp, a week-long camp for intra and interpersonal growth and community building and is on the organizing committee of the International Gender Odyssey conference. They founded the Rainbow Village at the Oregon Country Fair, a LGBTQIA dedicated space and resource booth and The Rainbow Connection, an LGBTQIA+ affinity space. They also co-created the Queer Sanctuary at Beloved Festival and work in tandem allyship for the TBIPOC Sanctuaries at both festivals. Oblio teaches regularly for Lost Valley Educational Center and the University of Oregon on topics of identity, community building, and communication. 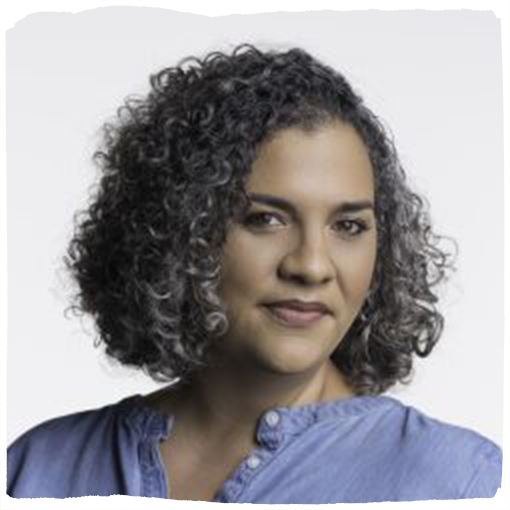 Pronouns: She / They
Read Bio

Esperanza Tervalon-Garrett is a queer, Afro-Puerto Rican woman, and a native daughter of Oakland, California. She is the founder and CEO of Dancing Hearts Consulting, LLC, a progressive consulting firm that curates innovative ideas, programs, and campaigns to challenge the status quo and test emerging strategies that change the political game to win long-term change for the people most impacted by systemic oppression.

Esperanza was the first woman of color to lead a 501(c)(3), 501(c)(4) & PAC collaborative civic engagement formation focused on mobilizing progressive voters of color in the United States. Her ability to build grassroots power in neighborhoods, at the ballot box, and at City Hall has earned her a solid reputation as a savvy electoral strategist, a seasoned political organizer, and a power-building innovator among Social Justice activists and philanthropic leaders. Esperanza is the co-chair of the Funders Committee for Civic Participation, a network of civic engagement institutions that moves $170 million to the field each year. They also served as the Statewide Campaign Manager for the Oregon Hard to Count Census Campaign that aimed to engage one million people.

Esperanza is married to wife Christine and her proudest accomplishment is her brilliant and tenacious son, Santiago. They live in a ranch in Central Oregon. 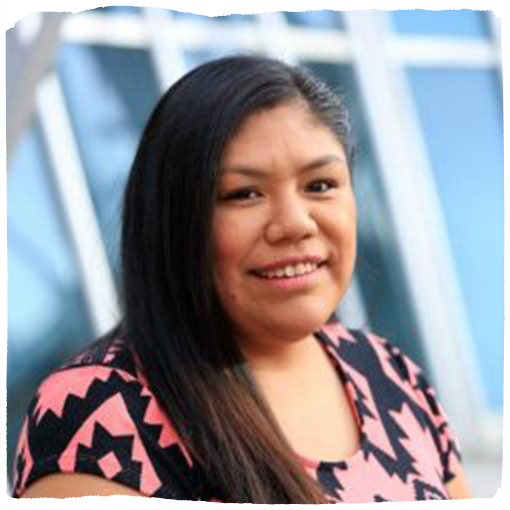 Jaylyn is a mother, educator, advocate for social justice and a member of the Confederated Tribe of Warm Springs (CTWS). She was raised in Simnasho, Oregon and is a traditional food gatherer for her Tribe. She is a mother of two beautiful children. Her Indian name is Alish (Ah-lish) which was given to her from her namesake; Margaret Suppah, her grandmother who raised her. Her passion is decolonizing education for herself, her children, her community, and always looks for ways to incorporate her culture into her home, classroom and programming. Jaylyn works for the CTWS as the Community Planner for the Health & Human Services branch advocating and advancing health equity practices and policies. She currently serves on the Oregon Indian Education Association board where she uses her voice to work towards equitable education for all students. 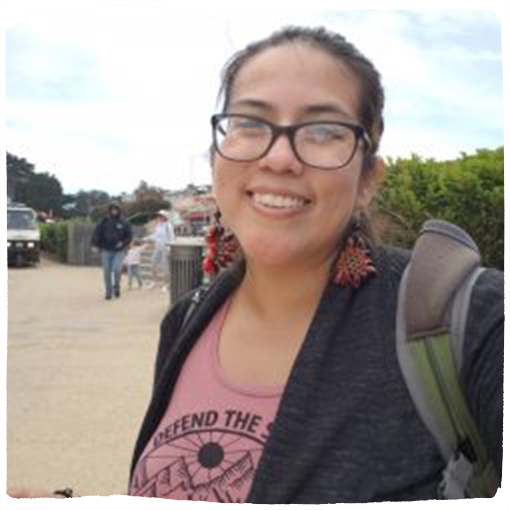 Ana Molina joined Seeding Justice’s Board in April 2019, having worked through the Seeding Justice Capacity Building Initiative as part of Beyond Toxics. She is now the Movement Building Manager for Columbia Riverkeeper where she advocates for environmental and climate justice, ensuring the voices of the people most impacted are at the forefront and leading our conversations.

Ana lives in Eugene but grew up in South Lake Tahoe, California. Ana moved to Oregon after she graduated from Humboldt State University in Arcata, CA where she was involved with student organizing with and for undocumented students on campus and in the community. Ana has a love for both the environment and people because we are resilient, strong and imaginative, and we can come up with solutions when we work collectively centering our communities. On her downtime Ana likes to hike, backpack, read, and check out thrift stores.

Seeding Justice (formerly MRG Foundation) is Oregon’s leading funder of social change organizing.
We are a 501c3 organization and our EIN is 93-0691187.